HOW TO GET PETROL:

To get PETROL, you can either buy our NFTs (see Collections) or buy PETROL directly.
And this is how it works:

There are two ways to BUY PETROL directly. Please read below!

If you buy PETROL here you will get an exclusive exchange rate to MATIC of 1 to 100 as a limited time special promotion! 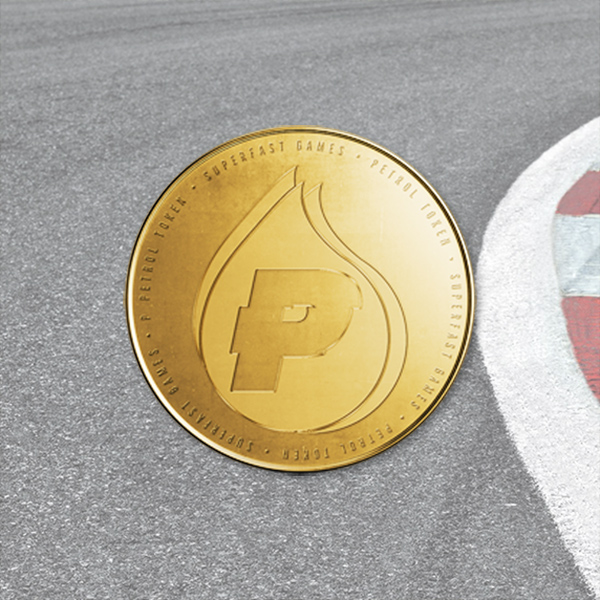 Here's the whole story about PETROL

The Superfast.Cards Token PETROL will be deeply tied into the game’s ecosystem. PETROL will eventually become deflationary and players/holders will be incentivized to hold, causing natural price growth, this will be achieved in the following ways:

PETROL will be required as the primary form of in-game currency. Players will need PETROL to pay for Ingame Upgrades, game fees, Marketplace purchases, and more. Additionally, the “PETROL Treasury” will eventually buy and burn PETROL, making it naturally deflationary as the ecosystem grows.

PETROL will eventually provide holders with the opportunity to actively participate in the future directions of the game! The project will slowly and safely shift from an initial structure to a fully decentralized online game. PETROL holders will be able to participate in governance voting in the future as part of an upcoming DAO/DAC, allowing them to shape the future of Superfast.Cards.

The maximum supply of PETROL is 500,000,000, while only 10% (50,000,000) was initially circulated. 1 PETROL is equal to 100 DROPS. The initial market cap listing price was $0.01. PETROL is already listed at Quickswap – but it is planned to be listed at other Exchanges in the future (e.g. KUKOIN). In addition, PETROL will be listed at coinmarketcap.

Buying PETROL: The following table shows how much PETROL the purchase of an NFT of the respective collection brings in:

In addition to earning and winning PETROL in the games, players can also get tokens by buying NFTs or purchasing tokens through our Liquidity Pool. Alternatively, larger amounts of PETROL can be purchased directly from our website.

Play to Earn
Superfast.Cards will feature multiple in-game earning paths, that are briefly described in the Whitepaper. Some players may choose to focus on the Quartet Game, whereas others may take a more relaxed approach and focus on the Pre-Games. Read the Whitepaper to learn more.

Don't have any Superfast.cards, yet?

Then get our unique 5 RANDOM NFT Pack for only 9 MATIC or get your dream car(d)s from
our Silver Collection directly into your garage! 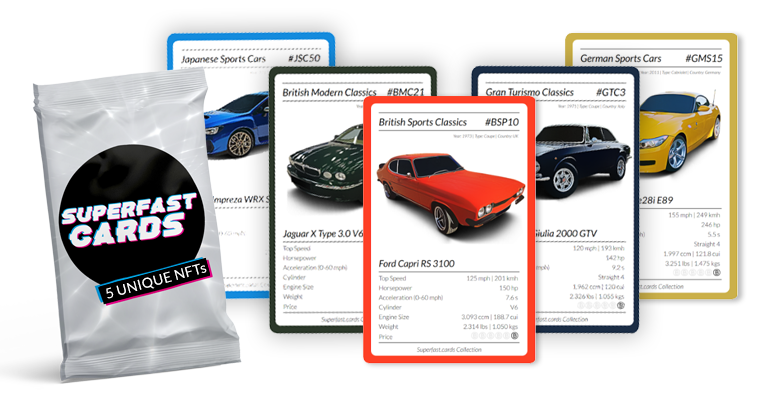 Get your unique
5 Random NFT Pack NOW!
Check out 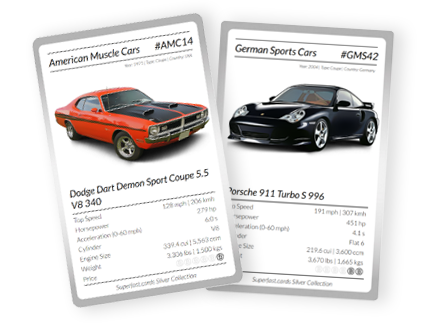 Get your dream
Silver Collection Car(d)s NOW!
Check out

We use cookies on our website to give you the most relevant experience by remembering your preferences and repeat visits. By clicking “Accept All”, you consent to the use of ALL the cookies. However, you may visit "Cookie Settings" to provide a controlled consent.
Cookie SettingsAccept All
Manage consent

This website uses cookies to improve your experience while you navigate through the website. Out of these, the cookies that are categorized as necessary are stored on your browser as they are essential for the working of basic functionalities of the website. We also use third-party cookies that help us analyze and understand how you use this website. These cookies will be stored in your browser only with your consent. You also have the option to opt-out of these cookies. But opting out of some of these cookies may affect your browsing experience.
Necessary Always Enabled
Necessary cookies are absolutely essential for the website to function properly. These cookies ensure basic functionalities and security features of the website, anonymously.
Functional
Functional cookies help to perform certain functionalities like sharing the content of the website on social media platforms, collect feedbacks, and other third-party features.
Performance
Performance cookies are used to understand and analyze the key performance indexes of the website which helps in delivering a better user experience for the visitors.
Analytics
Analytical cookies are used to understand how visitors interact with the website. These cookies help provide information on metrics the number of visitors, bounce rate, traffic source, etc.
Advertisement
Advertisement cookies are used to provide visitors with relevant ads and marketing campaigns. These cookies track visitors across websites and collect information to provide customized ads.
Others
Other uncategorized cookies are those that are being analyzed and have not been classified into a category as yet.
SAVE & ACCEPT